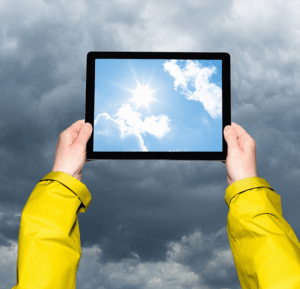 The main thesis behind Blank’s critique of the three horizon model is that the world is moving much faster today than it was when the model was first proposed in 2000 and that one can no longer assume that horizon 3 opportunities will take a long time (years) to become real.

For those who are not familiar with the three horizon model, it’s a popular tool companies use to categorize their innovation activities along two dimensions. One is a time-based dimensions divided into three buckets that are (approximately) now, near and far. The other is a potential value dimension that goes from from smallish (baseline) to significant. The main issue Blank has is that the X axis of the canvas is time. As he puts it:

This time-based definition made sense in the 20th century when new disruptive ideas took years to research, engineer, and deliver. That’s no longer true in the 21st century — and leadership hasn’t gotten the memo.

This is indeed true. Things are moving faster today. It is possible to create very large and complex and new offerings in much less time than it used to using both atoms and bits. Even so, the three-horizons model still has value (as long as one is cognizant of time acceleration). But, as with any tool, it only provides one perspective and should be just one of many ways a company looks at their portfolio.