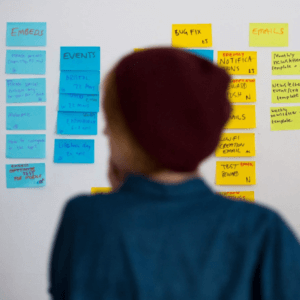 The ‘Lean Startup’ meme has permeated the business world in the past few years. Not only for startups. It is now being advocated for large companies who are trying to create internal incubation capabilities and be more agile.

The author points out several issues with the lean startup ‘mentality’ more than the process itself. He points out that most startups fail, even today, and that those that succeed do so precisely because they have gotten out of startup mode. As he puts it:

Since 1994, the U.S. economy has seen a whopping 15.6 million new businesses created, but only 1 in 10 has survived. That makes “die” the one attribute that best captures what startups do (not innovate)… the companies we tend to view as exemplars of innovation all succeeded by graduating from being startups, not continuing to behave like startups

A key issue for the author is the concept of the ‘minimally viable product’ which he feels is misplaced effort (to put it mildly).

making a minimum viable product takes no less effort than making a good one. It just requires trading ambition for messaging

The article is an antidote to the ‘feel-good’ Lean Startup literature out there. It should be read by the Lean Startup proponents and the objections should be understood whether you agree or not. The author, though, makes no bones about where he stands regarding Lean Startup when he states at the end of the piece “Ten years’ experience with Lean Startup and its variants has taught only that it’s an expensive recipe for remaining an entrepreneur longer, not really for innovating.”.

May 23, 2017 Article
What made Xerox PARC special? Who else today is like them?

May 31, 2019 Article
The Harsh Reality of Innovative Companies