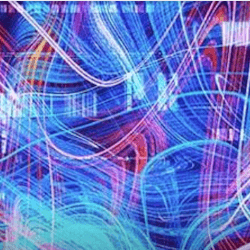 We are creating an intelligence that is external to humans and housed in the virtual economy. This is bringing us into a new economic era—a distributive one—where different rules apply.

So begins this excellent article by W. Brian Arthur, well-known economist who described the phenomenon of increasing returns and wrote the excellent 2009 book, “The Nature of Technology”.

There is much being written about digital transformation and the role that artificial intelligence will play in our future society, but most of what is written is, quite frankly, superficial and ultimately meaningless. It’s always good to hear what someone who has a long, proven record of thinking deeply and writing about the topic has to say.

Aside from clearly describing what is currently happening with machine intelligence and the nature of its behavior, Arthur makes an even more significant observation and prediction – and that is that there will be an entire realm of extra-human activity that will emerge in which humans do not (and even cannot) participate. Artificial intelligences will talk to other artificial intelligences without any humans in the loop. This is an inevitable outcome of machine intelligence and one that we typically ignore.

This ‘external intelligence’ as he describes it, will change the economy in ways that we cannot now predict because it will not be humans that are making the decisions, negotiating the transactions, executing the activities, it will be machines. As a result “politics will change, free-market beliefs will change, social structures will change”.

There is much more that Arthur touches on in the article and it well worth reading and contemplating as you think about the digital transformations your company is undertaking.