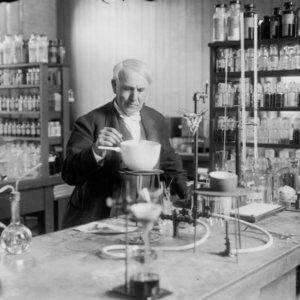 There seems to be one ‘trend’ that historically pops up on a regular basis that goes something like ‘the pace of invention (or innovation) is slowing because all the easy ones have all been done’. This meme has reared its head many times in the past and it now seems to be coming into vogue again. As the author states:

The most ominous possibility is that new scientific and technological ideas are simply getting harder to find … easy-to-discover technology is a finite, exhaustible resource … Once the universe’s low-hanging fruit has been picked, it takes ever more money and manpower to pick the next bushel … while steady progress continues, keeping it going has required an ever-increasing army of researchers.

It is certainly true that science and engineering today is more collaborative, involving larger teams of researchers (and more money per team) than in the past. But the results are also more impressive in the long run. Just as in the 1990’s when people were asking why we hadn’t seen the anticipated productivity gains from the personal computer revolution, it took longer than anticipated, but when it did happen, it exceeded our wildest expectations and led to wholly unanticipated new used for which measures of productivity are a poor gage. Such will be the case for the research taking place today in fields such as AI or synthetic biology.

A different perspective of technological (and productivity) progress can be found in writings such as those of Kevin Kelley (What Technology Wants), W. Brian Arthur (The Nature of Technology), Stephen Johnson (Where Good Ideas Come From) and Erik Brynjolfsson (The Second Machine Age). The accumulation of knowledge that leads to what seems like sudden and rapid advances is a well-studied phenomenon.

The author states at the end of the article:

There’s always the hope that a transformative new technology — perhaps machine learning, or even true artificial intelligence — will power a dramatic acceleration in research productivity and a flood of cheap new discoveries… It wouldn’t be the first time humanity has been saved by a lucky break

It would seem more likely that luck has nothing to do with it. Instead, it will be the inevitable breakout that occurs after a period of knowledge accumulation. Far from being lucky, it is how humanity works.