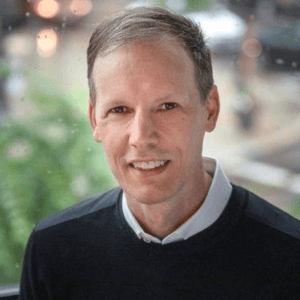 Jim McKelvey is the co-founder (along with Jack Dorsey) of Square, one of the most successful, and disruptive, Fintech startups.  He has just written a book called ‘The Innovation Stack: Building an Unbeatable Business One Crazy Idea at a Time’ and in this interview, he discusses Square’s history and also his theory of why they have been successful and why others (including Amazon) who have tried to copy what Square does, have failed.

McKelvey’s claim, based on his own experience and backed up by the research he has done, is that the most successful businesses are built on a ‘pyramid’ of services – a stack of interconnected components that solve a specific problem and are part of a holistic system that works together. To truly solve the problem, and create a solution that is almost impossible for others to copy, you need the whole stack, one or two components won’t do.

In these situations, you are forced to build new solutions that don’t exist. These solutions need to be holistic, interconnected systems that solve the whole problem of underserved populations. Square did 14 distinct things to solve the problem of small merchants being able to take credit cards. Amazon tried to copy them and offered the ‘same’ service at 30% less cost than Square. But they only implemented 3-4 of the things Square did. Amazon failed. They failed because Square had built a dynamic system consisting of 14 interconnected components. Dynamic systems are hard to understand and hard to copy. You can’t copy just a few elements. Innovation Stacks are therefore massive competitive advantages.