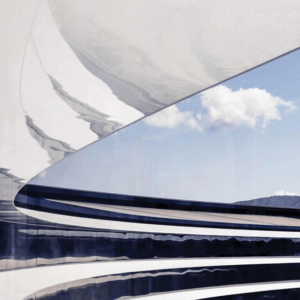 Look at almost any large company today and you will see it organized by divisions, business units and lines of business focused on specific products and services and run by a general manager with P&L responsibility. This is what has been taught in B-Schools as the ‘way’ to organize ever since the era modern corporate management emerged with Sloan at GM.

Look at Apple and you see none of this structure. Instead, what you see is a very large company organized by functions instead of by product focused business units. As the authors describe

Apple relies on a structure that centers on functional expertise. Its fundamental belief is that those with the most expertise and experience in a domain should have decision rights for that domain. It is a company where experts lead experts and that believes that it’s easier to train an expert to manage well than to train a manager to be an expert.

The result is, for example, that within Apple, there are 600 people working together on cameras that can be used for any product rather than having them spread out over different business units.

Apple’s more than 600 experts on camera hardware technology work in a group led by Graham Townsend, a camera expert. Because iPhones, iPads, laptops, and desktop computers all include cameras, these experts would be scattered across product lines if Apple were organized in business units. That would dilute their collective expertise, reducing their power to solve problems and generate and refine innovations.

The authors give many more examples of how this works within Apple and what the benefits are. They also acknowledge that the skills and behaviors necessary for this to work are woven deeply into Apple’s culture. It would be hard for a traditionally organized company to wholly switch to a functional organization, But, the authors also contend that it may be worth trying on a smaller scale within an existing business.