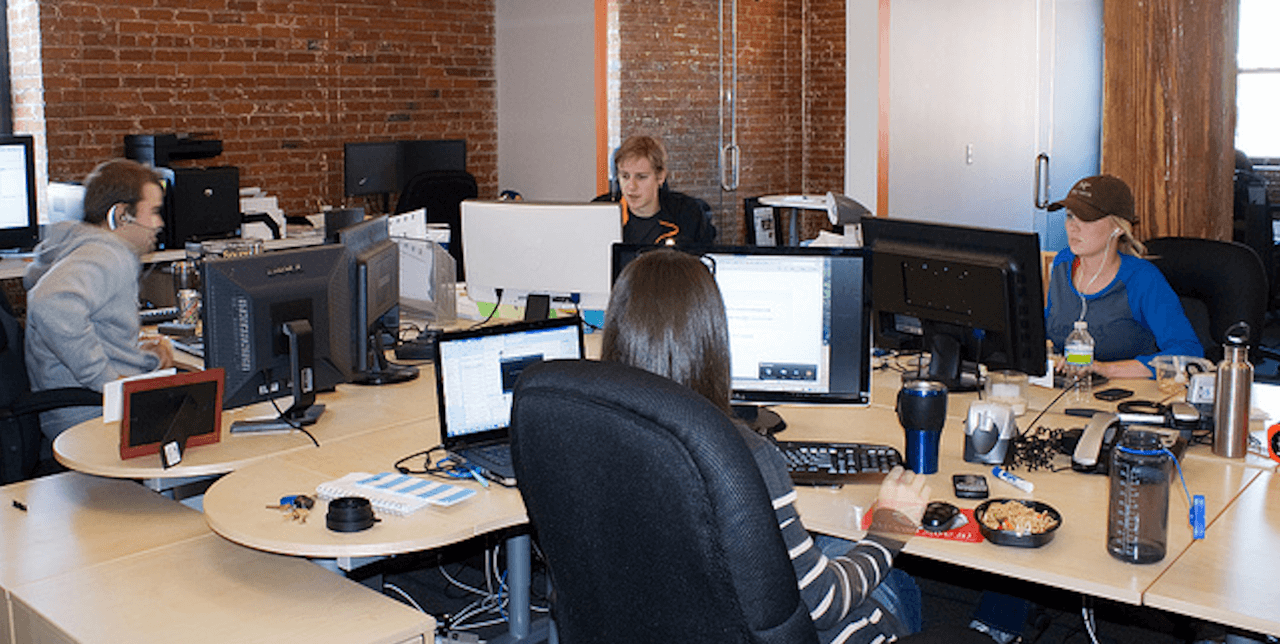 Most startups actually start down and only go up if they catch the winds of market demand. – Ryan Lilly

Timing, perseverance, and ten years of trying will eventually make you look like an overnight success. – Biz Stone

Looking at the statistics on startup companies, one would be hard pressed to describe an average venture-backed startup as being innovative [1]. Here are some of the startup statistics from the past decade [2]:

In other words, the vast majority of startups do not produce anything that is adopted, they do not create any tangible value (we are not including the knowledge that is created), and they do not change the world in any meaningful way. Does this seem like the average startup is innovative?

When startup behavior is examined closely we see a more detailed picture.

Despite the test-and-learn, product-market fit analysis, and pivoting activities a smart start-up does, less than 30% of venture-backed startups make it (less than 1 in 10 are a true home run). A startup has identified the opportunity they are pursuing. They are laser focused on the problem of how to bring it to reality no matter what the obstacles. Along the way, they may need to pivot, test and experiment, etc., but these activities are  in service of getting their opportunity out into the world and adopted, not in service of finding a new opportunity. And most of them will fail.

Consider Uber, Facebook, Airbnb, or any other successful startup. The key innovation, the core concept that ultimately made them successful, the foundational insight that lasted through all the pivots and all the funding rounds, existed from near the beginning of the endeavor. It was this key concept that competed against the thousands of other concepts in the startup ecosystem

For Uber, the core concept was using a radical new system of tools and services to empower any driver to become a mode of transportation for any rider. This concept was present at the inception. From this inception, which occurred before anyone except Kalanick and friends had heard about it, through to today, the core concept, and insight into its potential value, hasn’t changed. All the development, the billions spent on the tools, the infrastructure, the network of drivers and riders has been in service of this core concept. And Uber has been very good at executing even when they were very small (again something that large companies are not necessarily good at).

What Uber is not doing as it scales and begins to make money, is coming up with radical or transformational new innovations. They are innovating, it’s just that they are innovating in a sustaining manner, not in a transformational manner. Their network is getting bigger, their app is getting better, their infrastructure is becoming more robust, accurate and responsive, but the core insight that made Uber so transformative is not changing. Quite the opposite; the core insight is solidifying and becoming predominant in defining who they are and dictating which sustaining innovations they develop.

When examined objectively, a startup turns out to be a mechanism for a socio-economic-technological ecosystem to discover, incubate, and accelerate new opportunity concepts. This ecosystem relies on the existence of many, many startups operating in a competitive environment where most of them will fail.

It is this startup ecosystem that produces a steady stream of innovations. It is the ecosystem itself that has evolved to be a finely tuned innovation system, not any particular startup or individual. It has evolved to be very efficient at (a) discovering new concepts, and (b) choosing among them to promote the ‘best’ ones.

This is not to say that the startup system is perfect – there is always luck, timing, personality, and behavior involved. Some very good opportunities are missed. Other bad opportunity concepts get funding and are promoted. But overall, it is a very efficient ecosystem for rapid identification and resourcing of new, transformational opportunities. This is the type of system that large companies should try to emulate within their organizations and it is also where they struggle the most. Large companies need to behave, not like a startup, but like a startup ecosystem in microcosm. This means that they must learn to do three things well:

Internally emulate the startup ecosystem process of discovery. Create a system in which there is a constant flow of new opportunity concepts that compete and in which the most transformational (i.e., disruptive) ones get funding.

Meaningfully engage with an external startup ecosystem. Look to engage with an ecosystem that is aligned with your company’s strategic intent. Engage not just with a large number of startups, but with the investors, mentors, incubators, municipalities and all the other entities that are part of the ecosystem. The means to do this are easier to access today than ever before.

“Innovate like a startup” – you hear it all the time these days. There are many attributes of a startup that deserve emulation (e.g., moving fast, doing market experiments, etc.) but startups are not, individually, very innovative. The most important thing a large company can do is to adopt and adapt the attributes of the startup ecosystem. Companies that can do this will be the ones who will be most successful in transforming their business.