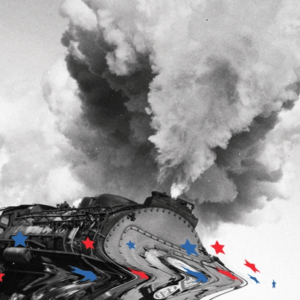 Immigration into the US has resulted in tremendous benefits to the invention/innovation/entrepreneurship ecosystem. Not only do US universities attract highly talented individuals, when they decide to stay their influx greatly expands the pool of potential inventors and entrepreneurs as well as high potential employees at established companies.

Will the dramatic, purposeful slowdown in immigration over the past few years affect this? The author’s certainly think so. As they state:

The flow of talented people from overseas is slowing; the university hubs that produce basic research and development are in financial turmoil; and the circulation of people and ideas in high-productivity industrial clusters, such as Silicon Valley, has been impeded. Americans will feel the loss for decades to come—not just in lower GDP but in slower progress toward a vaccine for COVID-19, solutions to climate change, a cure for cancer, and more.

The current evidence is mostly circumstantial. There is, after all, a relatively long lead time between a foreign student coming to a US University and the success of a company like Google, Tesla, Stripe, Uber, and many others. But evidence does lead one to conclude that the decline may not be easy to reverse. It has become a matter of perception and competition. The US immigration and innovation ‘brand’ has been tarnished and other countries are stepping in. As the authors note:

While the United States has raised barriers to skilled migration, countries such as Canada, Australia, and the United Kingdom have been tearing theirs down. If they stop coming, that will mean fewer start-ups, fewer tech workers, fewer scientists, and ultimately fewer jobs.

Reversing the trend is not just a matter of ‘flipping a switch’, it’s the much more difficult task of repairing a tarnished brand. This is hard to do but is necessary if the US is to maintain its innovation engine.