Attendance at the Center for Automotive Research (CAR)’s annual Management Briefing Seminar in Traverse City returned to levels not seen since before the Great Recession. More than 1,000 attendees converged on the summer resort town of Traverse City, Michigan, about four hours northwest of the Motor City. This event has a reputation for attracting movers and shakers in the automotive industry and spawning big announcements. This year was no exception in the concentration of senior executives but, alas, no major industry news emerged during the 4-day conference. The announcement of Toyota’s purchase of a 5% stake in Mazda came the following day on August 4, almost intentionally timed to avoid the conference. Executives from both companies had prominent stage time but not a peep about the deal.

The most interesting aspect of the week was the contrast between the agenda – laden with sessions on electrification, autonomy and ride/car sharing – and the conservative forecasts by the OEMs about the expected rate of penetration of these new technologies and business models. But despite the official forecasts, it was refreshing to see the industry actively engaging in the future of the industry. The conversation has clearly moved on from “if” to “how fast” we will see these new technologies and business models emerge. Some interesting statistics were cited to support each:

One of the more compelling presentations of the week was by Elizabeth Griffiths, Director of Engineering at Faurecia. She spoke about AutomotiveNEXT, an industry group that seeks to empower women to achieve their full potential. Elizabeth shared some interesting data about the impact of the share of your candidate pool that are female on the odds that a female will get the position. She closed by saying that Mary Barra, CEO of GM, was committed to changing the role of women at the company and was “creating a field of dreams at GM”. 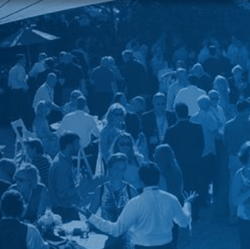